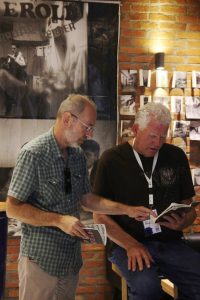 During the American Documentary and Animation Film Festival in Palm Springs, California, I am a member of the Funding Panel. I have had the opportunity to meet with Oliver Stone, Peter Bogdanovich, Haskell Wexler, Joe Berlinger, Shia LaBeouf, and many other wonderful filmmakers.

At AmDocs with Peter Bogdanovich. 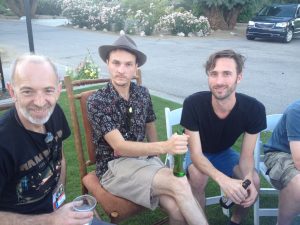